Back to the top

Under the Heinz Riemer Music label, ViennaCC is amazing audiences yet again with his fantastic new 6-track record, “Shopping- EP”

Mesmerizing audiences with his fantastic Pop and Dance singles, “Shopping Queen” and “Here Comes the Attraction”, talented singer-songwriter ViennaCC is embracing the best of his craft. Released as a part of the artist’s brilliant 6-track EP, “Shopping -EP”, the new singles are a breathtaking portrayal of life’s secrets, love, and human motivation.

“Shopping Queen” is a unique and gripping track which highlights the story of a woman who is addicted to shopping, specially textiles. The captivating single features a female shopaholic who pushes around her man – ‘”… do not nag, give me your credit card, and carry my bag” – an ingenious interpretation by the artist of a famous quote from René Descartes, “I am shopping therefore I am”.

An immersive documentation of compulsive shopping, “Shopping Queen” depicts a message to think over, the idea whether and shopping and worldly possessions are really the purpose of life. Highlighting the impermanence of a materialistic world we are living in, the track is set against the backdrop of a riveting soundtrack, melding Dubstep soundscapes within Pop.

Similarly, the song “Here Comes the Attraction” is a narration of men impressing women with something special like big cars. Focused on the idea that everyone is attracted to success, the impressive single is a song of motivation imparting self-confidence, inspired by Asian pop (K-Pop, J-Pop). It is also set to be complemented fittingly with an upcoming music video which features ViennaCC collaborating with an Indonesian dance group.

Having learnt classic piano when he was just 6 years of age, ViennaCC’s very first compositions were in the style of W.A. Mozart. He was always inspired by the work of classical music legends such as, Jimi Hendrix, LedZeppelin, Kinks, Beatles and other 60s bands.

Today, the eclectic artist remains motivated by a goal to be heard and to entertain people, sharing his multi-genre talents in song writing and production with the world.

“My message, and that which turns out in my songs is simple: Enjoy life – only James Bond lives twice… music is a universal language. Like love. And what about music of love? Hm, I like both,” says the artist regarding his new music. 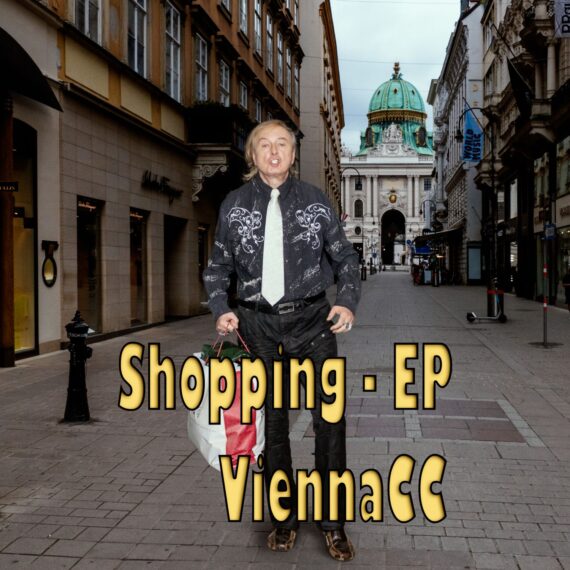